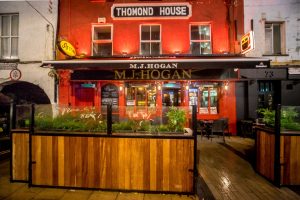 72 Catherine Street
This tastefully restored city centre bar, located in the  of Limerick city has loads of drinks including local craft beers which can be enjoyed in a traditional setting.
Enjoy the open fire during the winter while watching sporting events on the big screen.
A clean friendly pub which retains the atmosphere and decor of a real traditional pub. 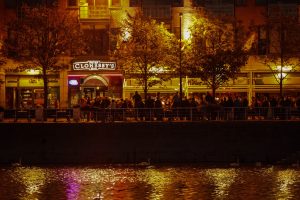 Howleys Quay, Limerick
Owned and run by ex Munster and Ireland rugby player, Peter Clohessy, this pub is a mecca for sports fans with walls covered in memorabilia and pictures of historic sporting occasions. The pub has 3 bars, each with their own individual theme.
This pub has big TVs, regular parties, DJs, music, live gigs and a great atmosphere.
A very sporty pub with Munster Rugby the highlight. 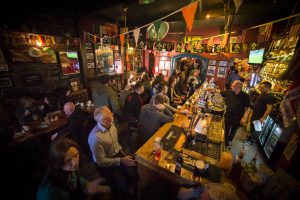 Dock Road, Limerick
Dolan’s was originally a traditional pub in the heart of Limerick city. It is still noted for its traditional music and many famous Irish and international players turn up there from time to time. However there are now three venues at Dolan’s and it has become a centre for all kinds of live music including traditional irish, rock, indie and electronic, folk, country, jazz and roots music. They also stage comedy acts from time to time. 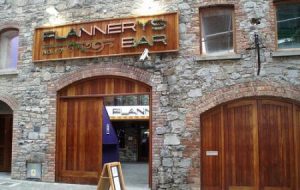 Denmark Street, Limerick
Described as “Your Local pub right in the heart of the City”, Flannery’s is a family run pub with a personal touch. Serves good quality food six days a week. Newly redecorated in 2007, it still retains its character and has a smoking area on the second floor.
Flannerys is famous in Limerick for being an old fashioned pub but there is a spacious modern bar  which caters for the young pub scene of Limerick city.
The bar has hosted many famous musicians over the years, including Mundy and Sharon Shannon and there is live contemporary music on Friday nights. 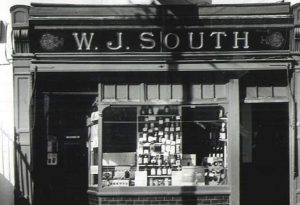 Quinlan Street, Limerick
This is an old fashioned pub which has retained its old world charm and has remained very popular down through the years. Became a fashionable venue after being mentioned in ‘Angela’s Ashes’ but has also kept its loyal customers.
South’s is a long established family run pub, a relaxing place to have a drink in without music. Breakfast an lunch served and sport on screen. 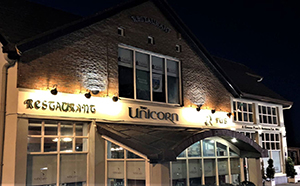 St. Nessans Road, Dooradoyle
In 2005 The Unicorn Bar was granted its Late Bar license making it the first official Late Bar in the Limerick suburbs. The bar is now open every Friday and Saturday night until 1.30am and there are live band performances every weekend and a top resident dj. 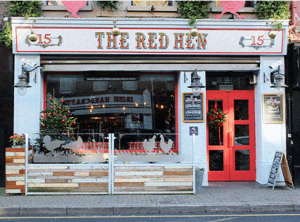 15 Patrick Street
A very popular new pub in the centre of Limerick with great decor and lighting. A wide array of drinks ans cocktails is on offer as well as casual dining,breakfast, coffees and lots more. They cater for parties, special occasions and receptions
Visit their website at http://www.redhenbarlimerick.com

Find All The Best Accommodation Deals
in County Limerick